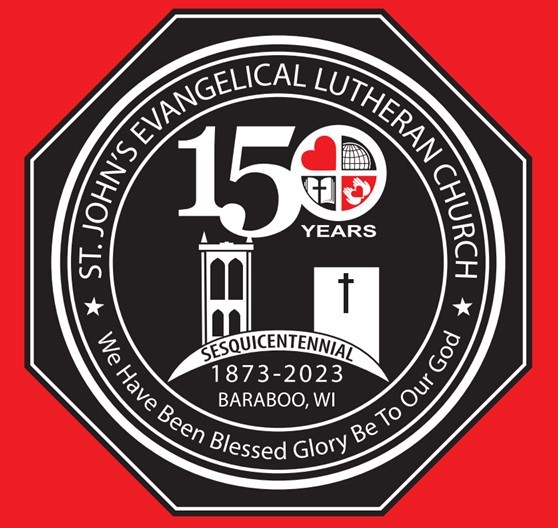 The seeds for St. John's Lutheran Church were planted when Rudolf Zimmerli and his family emigrated to the United States from Switzerland in 1854. A year later, Lutheran missionaries were invited to stay at the Zimmerli home for several days for fellowship and so that neighbors could attend a worship service. This became a practice for seven years.

After Rudolf passed away, his oldest son, Jacob, continued to host worship services whenever a missionary could visit. After Jacob returned home from the Civil War, services were moved to his sister's home in Baraboo. In 1873 St. John's was founded when nineteen Lutheran Christians adopted a temporary constitution.

The congregation originally met for worship in the "Institution Building" on Fifth Avenue. In the late 1870's St. John's first building was constructed on Fourth Street.

God provided various pastors from the Iowa Synod to serve St. John's in its formative years. In 1884, the congregation formally joined the Wisconsin Evangelical Lutheran Synod.

In the early 1910's a new church building was constructed on the corner of 5th Street and East Street. There the congregation met and conducted worship for 60 years. In 1959, a new grade school grade school was built to serve the families of the congregation and the Baraboo community, and it still does today. St. John's current church building, constructed using modern architecture, was dedicated on April 27, 1975. Today St. John's members still gather for worship and other congregational activities there.

In 2023, St. John's celebrates its 150th anniversary. Throughout a century and a half, one thing has remained constant: the grace of God. He has established, grown, and sustained this congregation through his word and sacraments. It remains the mission of St. John's to continue growing in Jesus' love, to continue sharing Jesus' love with others, and to continue showing Jesus' love to our community.